Wheat beer is one of the most popular beer styles in China. This probably dates back to 1903, the year that the Germans came to China and opened their first breweries. Since then the Chinese have been in love with German beers styles like Pilsners, Wheat and Dark lagers, now commonly referred to as Yellow, White and Black beer in China.

With the current China Craft Beer Revolution taking place, these typical 3 beers are making place for hundreds of new beers. Popular craft beer styles in China are IPA, Pale Ale, Amber Ale, Fruit beers, yet perhaps still at number one is the Wheat beer. The Chinese consumer appreciates the drinkability, smoothness, and slight fruity character. Perhaps the average consumer is not so used yet to the extreme bitterness that can be associated with for example an IPA. This will take some time to develop still.

The broad definition of wheat beer can be broken down into many different substyles like Hefeweizen, Berliner Weiss, Dunkelweizen, Weizenbock, Krystal Weizen, Leipzicher Gose, Belgian Wit, Lambic, American Wheat and the first typical Chinese Wheat beers have also been made with additions of Sichuan peppers and other typical Chinese spices.

To be considered a wheat beer, a significant quantity of the mash should contain wheat. Wheat beers typically contain 40-70% wheat malt. The remainder is usually pilsner or ale malt, and perhaps some caramel or roasted malts for the color and/or flavor.

At lower percentages (5-20%) of the grist, wheat malt can be added to any number of beer styles — including British ales — to enhance the head retention without clarity problems. In fact “the use of wheat malt at up to 20 percent of the total grist has been claimed to strengthen the yeast, and improve the clarity and head retention of the beer,” according to Malting and Brewing Science, the classic brewing text.

How to choose your Wheat malt

At SBI, we get a lot of questions about wheat. Do you have red wheat or white? Is it hard or soft. Todays we will answer these questions, and will make you understand the differences between these varieties, and understand what is good for your beer.

Hard Wheat is like the name indicates harder in its kernel structure. It also has a higher protein (13%) content and therefore contains more gluten. This makes hard wheat ideal for making bread, steamed buns, noodles and dumplings.

Soft Wheat is has a softer kernel. It crushes more easily and has a lower protein (9.5%) and gluten content. This wheat is used a lot for biscuits, cookies, pastries, cakes and beer.

White Wheat is a modification of the red wheat, as it misses a gene to give the color to the bran. It is preferred to make a lighter flower for making white bread.

Red Wheat is the original color of wheat. Some people say that red wheat has a bit grainier flavor compared to white wheat.

The most common wheat used in Europe by the Germans and Belgians in their famous wheat beers is Soft Red Wheat. At SBI we import Soft Red Wheat from The Swaen malthouse, which processes this raw wheat into various products.

Classic Malted Wheat is the basis for all kinds of wheat beers and can be used up to 70% of the total grain bill. It is essential in making wheat beers but is also used in barley malt based beers in lower percentages. Thanks to its protein level it gives the beer a fuller mouthfeel and enhanced head stability. It produces smooth, sparkling beers which emphasizes the typical top fermented beer and wheat aroma. 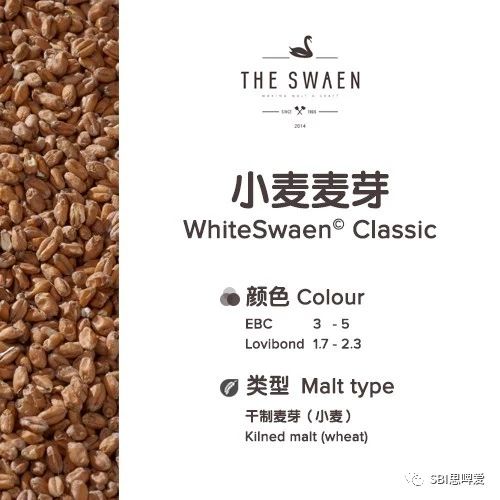 Wheat light is a caramel malt. After the malting process is completed the still wet green malt is heated in a drum roaster to convert the starches into sugar, after this has been completed the sugars are converted into caramel at higher temperatures. The process darkens the wheat malt and produces nonfermentable sugars. The roasting process produces a caramel, roast, moderately sweet flavor in addition to keeping the mouthfeel properties of the base wheat malt. 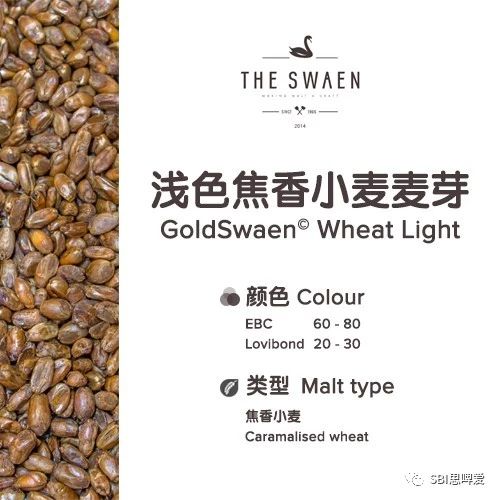 Caramelized wheat malt is a great malt for darker wheat-based beers and can also be a good adjunct in small proportions (say 10%) to add mouthfeel to non-wheat-based beers like Brown Ale, Red Ale, Belgian Dubbel, and even a Pale Ale or IPA.

Chocolate Wheat is a roasted wheat malt. It can be used to enhance color and mild toast hints to any beer. It is a great alternative for de-husked roasted barley malt, as wheat naturally has no husk. Therefor it is a lot less bitter compared to roasted barley malt, since most of the bitterness is produced in the husk. It can be used in very low percentages in Red Ale, to bring out a more pronounced red color of the red malt. In higher percentages it can be used in Porters and Stouts, where it will give you all the color and chocolate flavor, without the bitterness or astringent flavor from the burned husk. 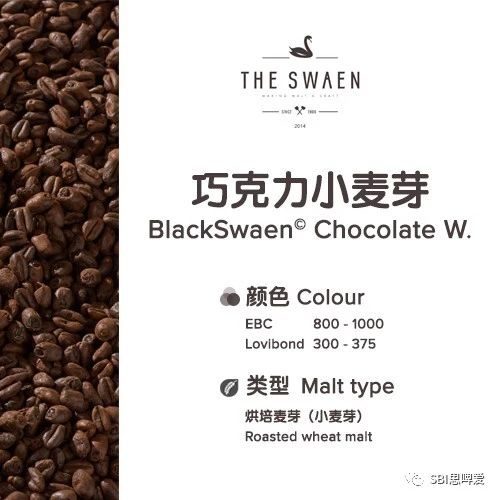 Flaked Wheat is a useful substitute for raw wheat. It retains much of the special raw wheat character and is much easier to handle because it requires no milling and is pre-gelatinized. Like flaked barley, maize, and oats, it can be added directly to the barley malt in any mash. Like raw wheat, it’s especially suitable for drier, crisper beers. Lately it has been extremely popular in the New England IPA craze. 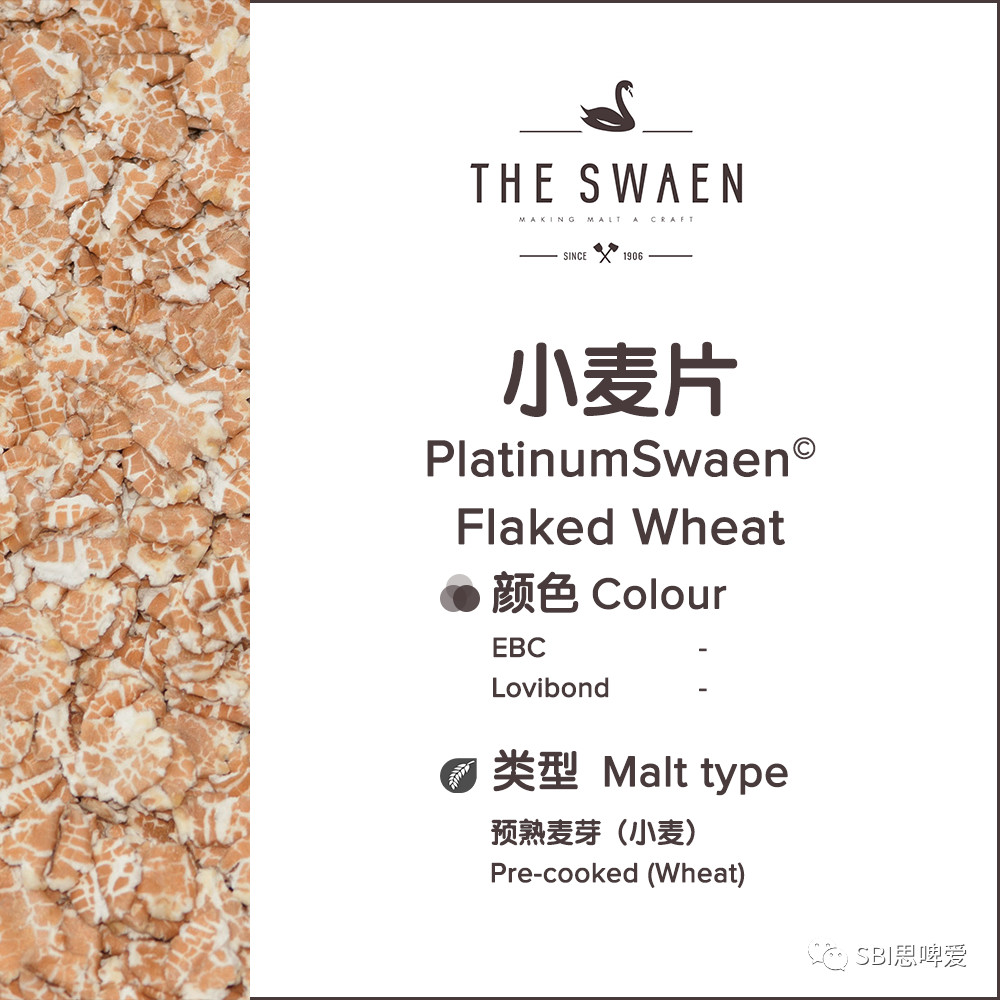